Since MotoGP returned to Laguna Seca in 2005 i have been trackside.


2010 Chuck and i walked the track. That was a hike but you get a detailed look at every turn. 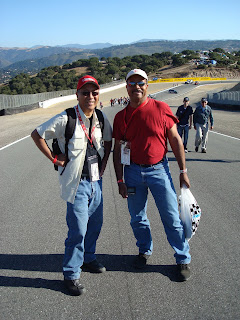 This lap of the track gives you the rider POV.


We walked by the Ducati garage on pit lane and they fired up a bike.

Best part of the race weekend is the big race but, there is alot going on out at Ducati Island. 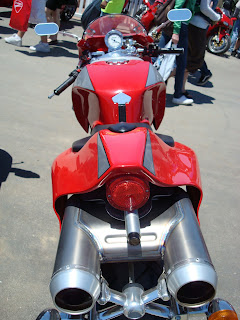 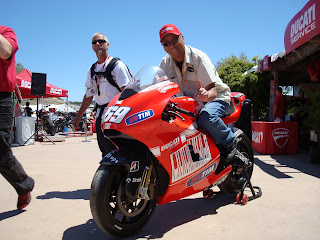 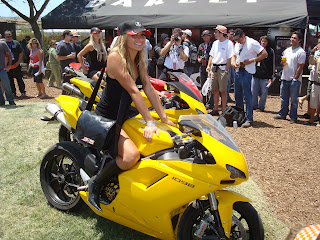 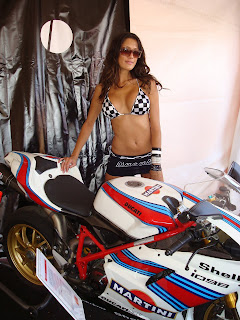 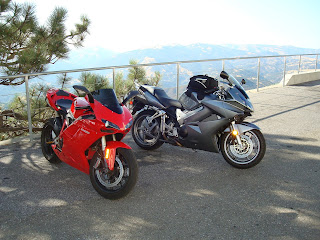 The run up to Mount Hamilton - i can see the white observatory buildings from my living room.
My least favorite climb is the approach from San Jose heading east up to the summit. It is the bumpiest uneven road after the first ridge. After you reach the top you rest and enjoy the view of the valley and then descend into the valley to Mines Road which cuts thru the remote valley on the backside into Livermore. Bring a full tank.

The road out east is smooth with long stretches and plenty of sweeping curves. Next time i will go into Livermore and venture in from the eastern side.

Your cell phone is useless out there. Be careful. No real traffic either. If you fall off the road into a ditch - no one will be by for what could be hours. There are helicopter landing markings on the road. 75 mile run. 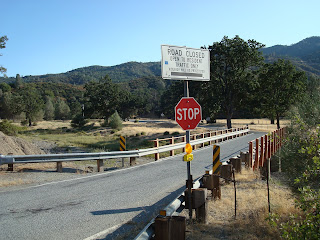 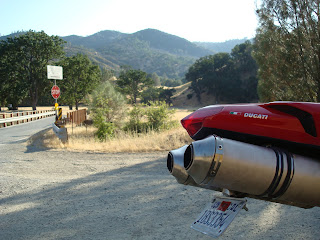 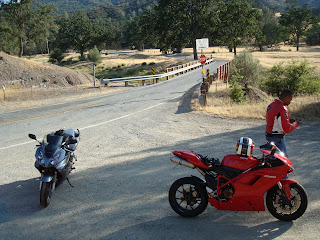 Highway 9 out of Saratoga to Ben Lomond

Yesterday Chuck and i rode Hwy 9 to Ben Lomond - ate lunch at the Tyrolean Inn - Schnitzel! Then back on 9 return to Saratoga Starbucks. Monumental day - some wet turns where water was seeping out of the mountain and it was a drop in temp once you rose out of the valley and into the shade of the redwoods. Sitting in the sun drinking coffee and eating cake - talking about the ride and life as we know it.

When you ride southbound visibility is tough - the sun is in your face and you are in and out of the dark shadows of the forest. Best part is the northern route with the sun at your back - but, i still suggest a clear or light smoked face shield.

This video is of the southbound run chasing John W out of Saratoga 2010 - his favorite part is the descent after the summit at 35. There is a series of right and lefts that flow and you can see i have trouble keeping him in the frame just before the end.